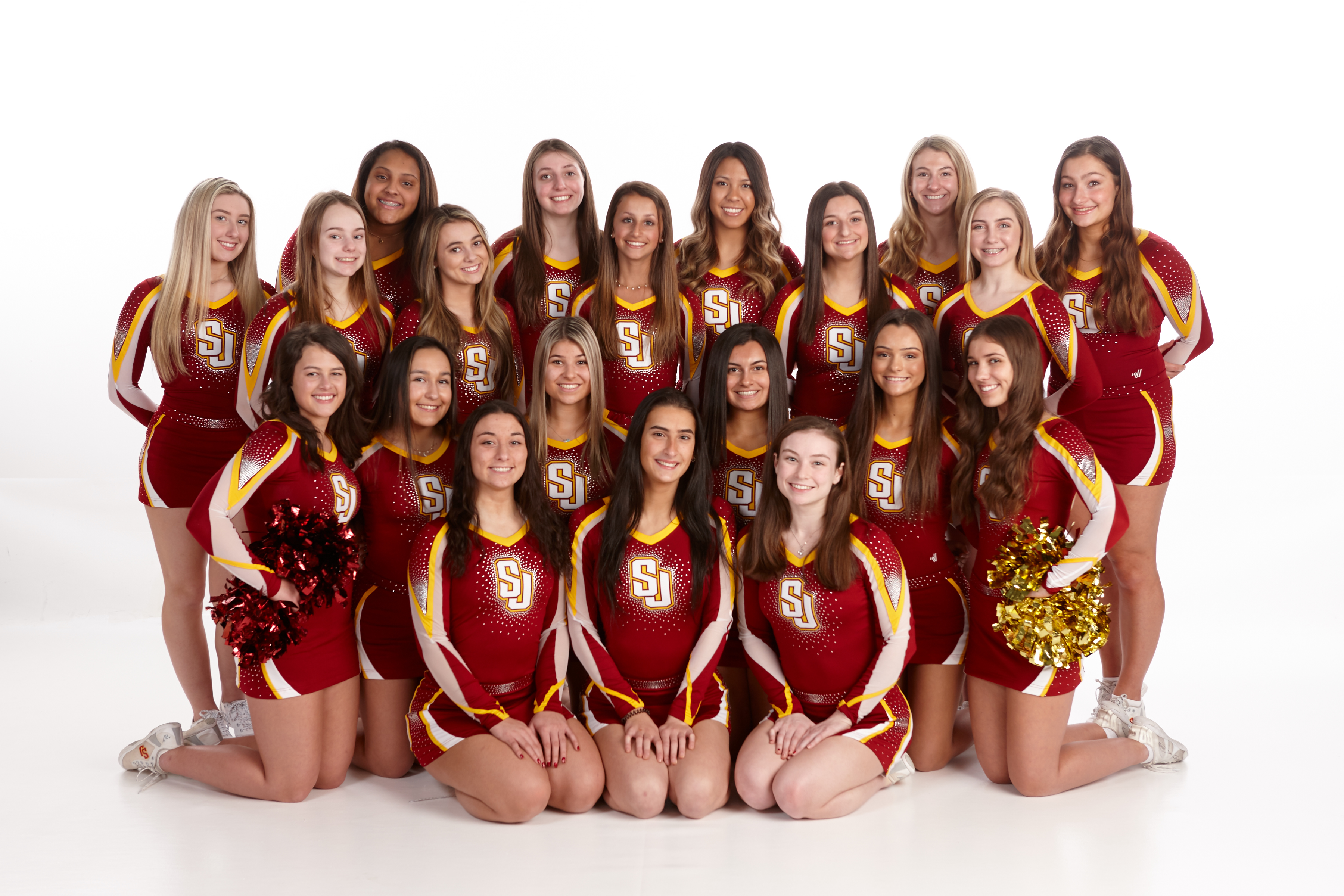 SJ Cheerleading placed 4th out of 23 teams in the State tournament that was held this past weekend! Four athletes - Jenna D'Amico, Molly Butler, Autumn Murphy, and Sami Bacarella - earned all state honors as well! 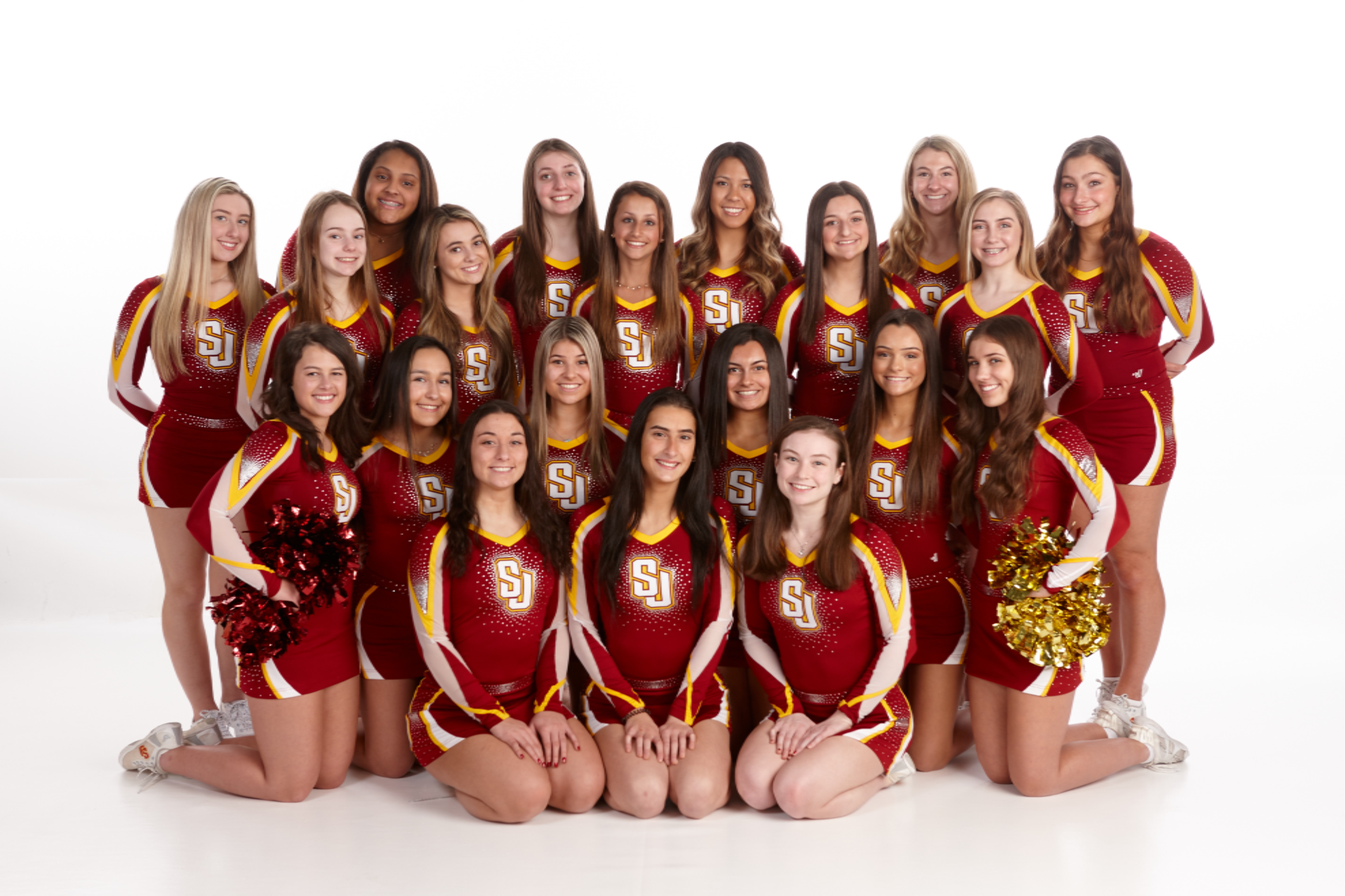 FCIAC Championships were held this weekend and the Cadets finished in 3rd place in the All-Girl Varsity division! Additionally, 3 SJ cheerleaders earned a spot on the All-FCIAC First Team - Jenna D'Amico, Gabby Russo, and Molly Butler! 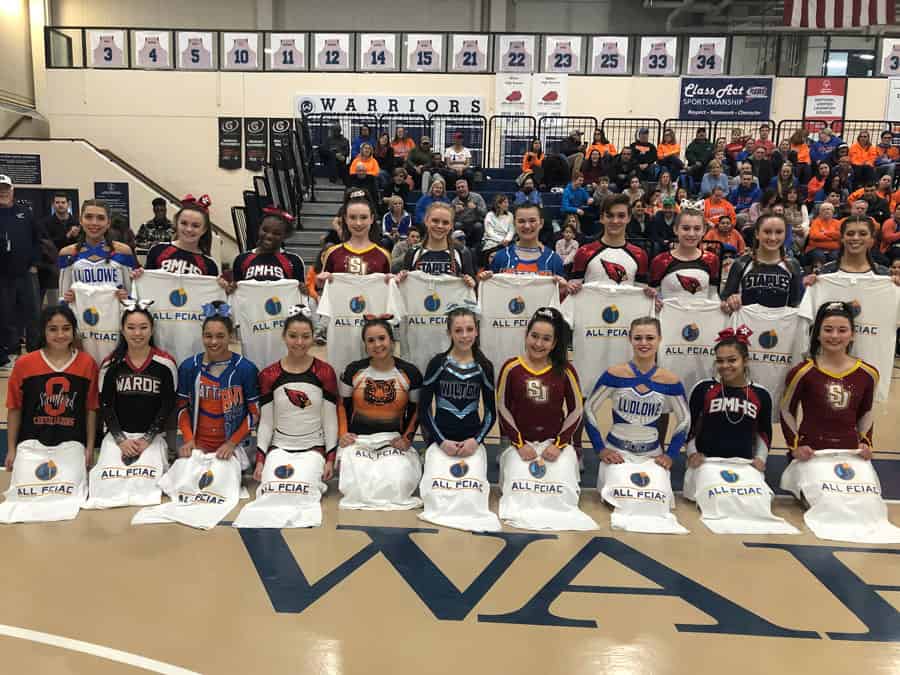 The SJ Varsity Cheer program is hosting their Annual Clothing Drive this Saturday at the Homecoming Football Game! They'll be collecting gently-used clothing from 11:00-3:00pm and the drive will go to benefit Big Brothers Big Sisters of SWCT. It's a quick, convenient, and environmentally responsible way to clean our your closets for a good cause! 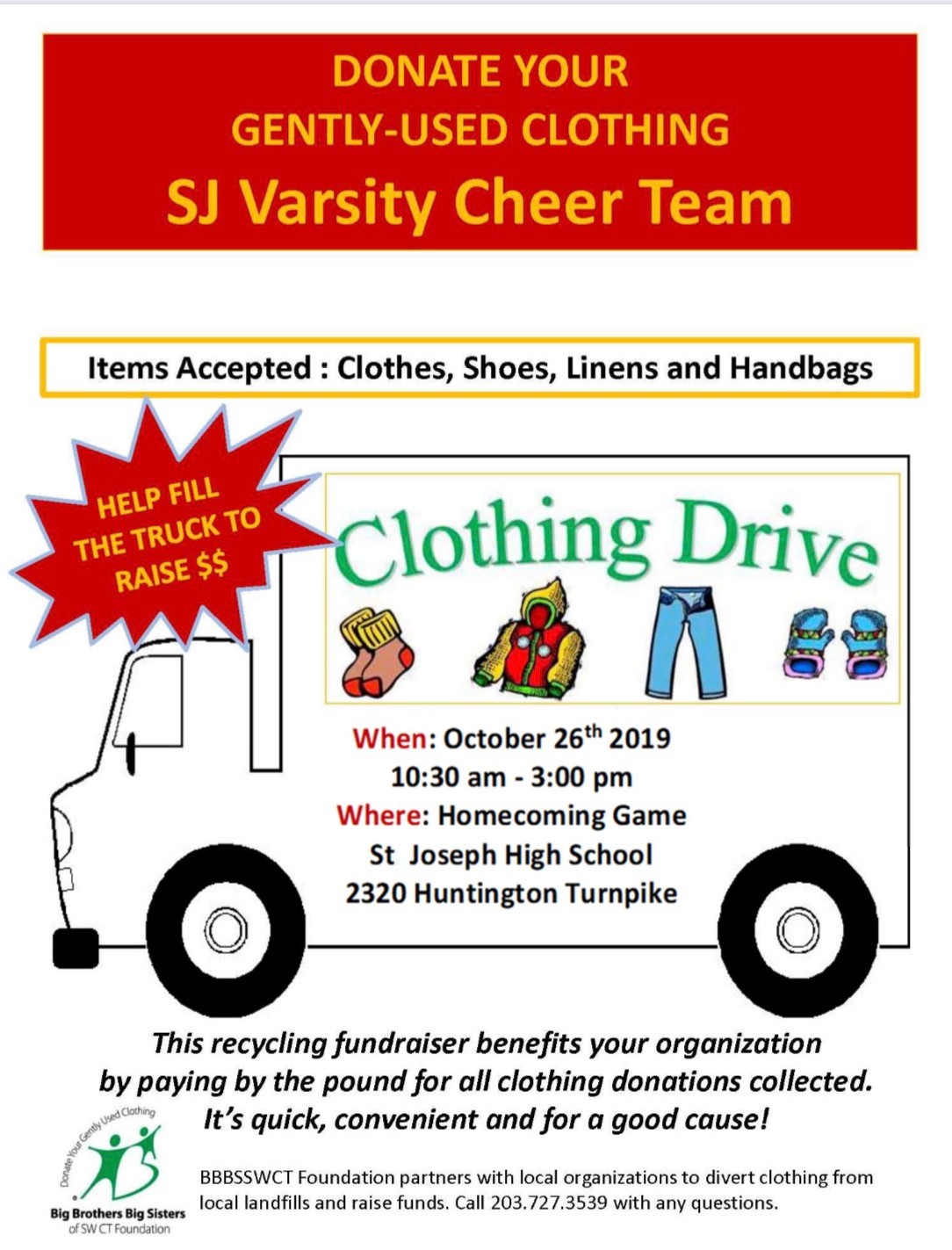 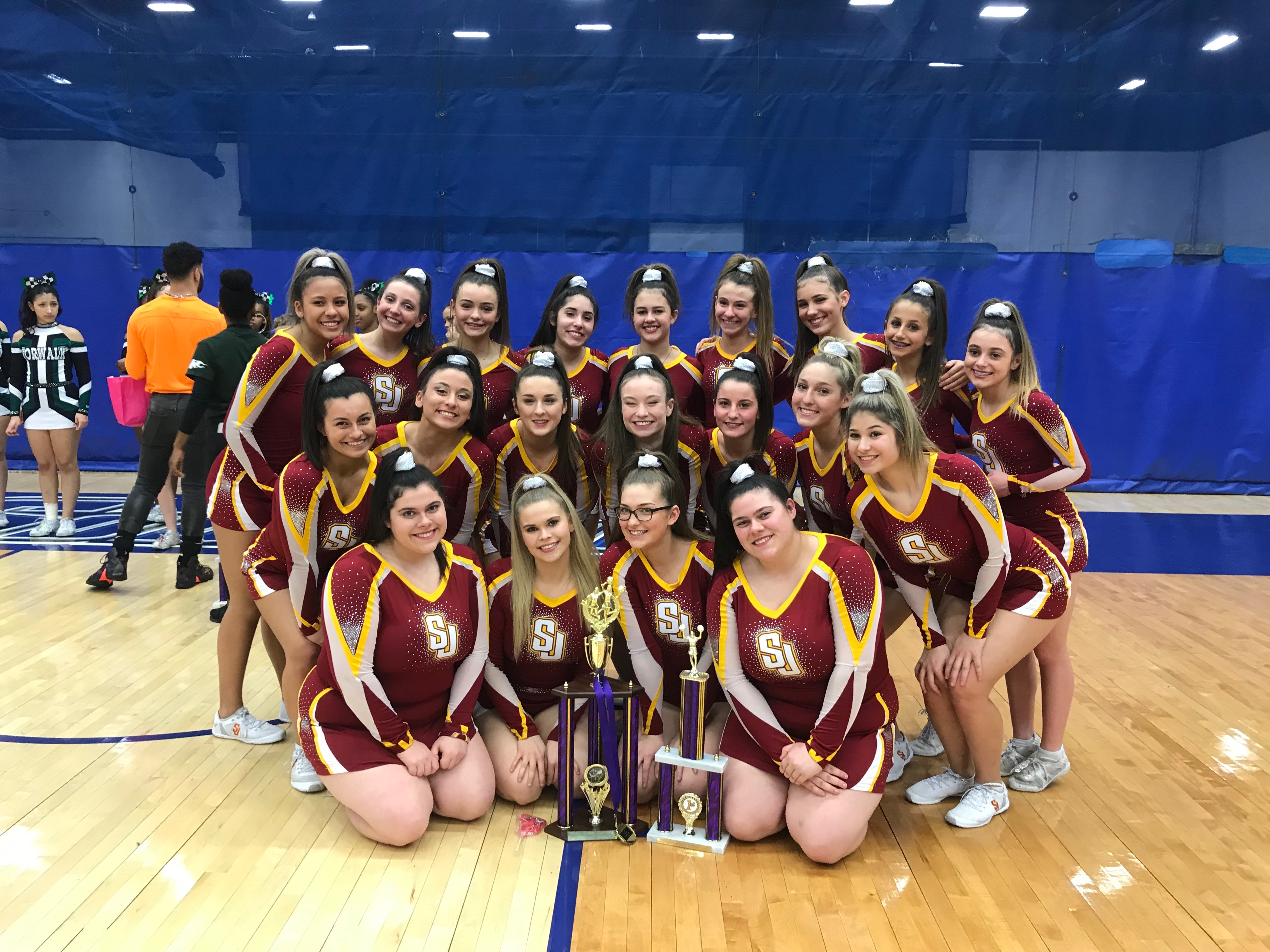 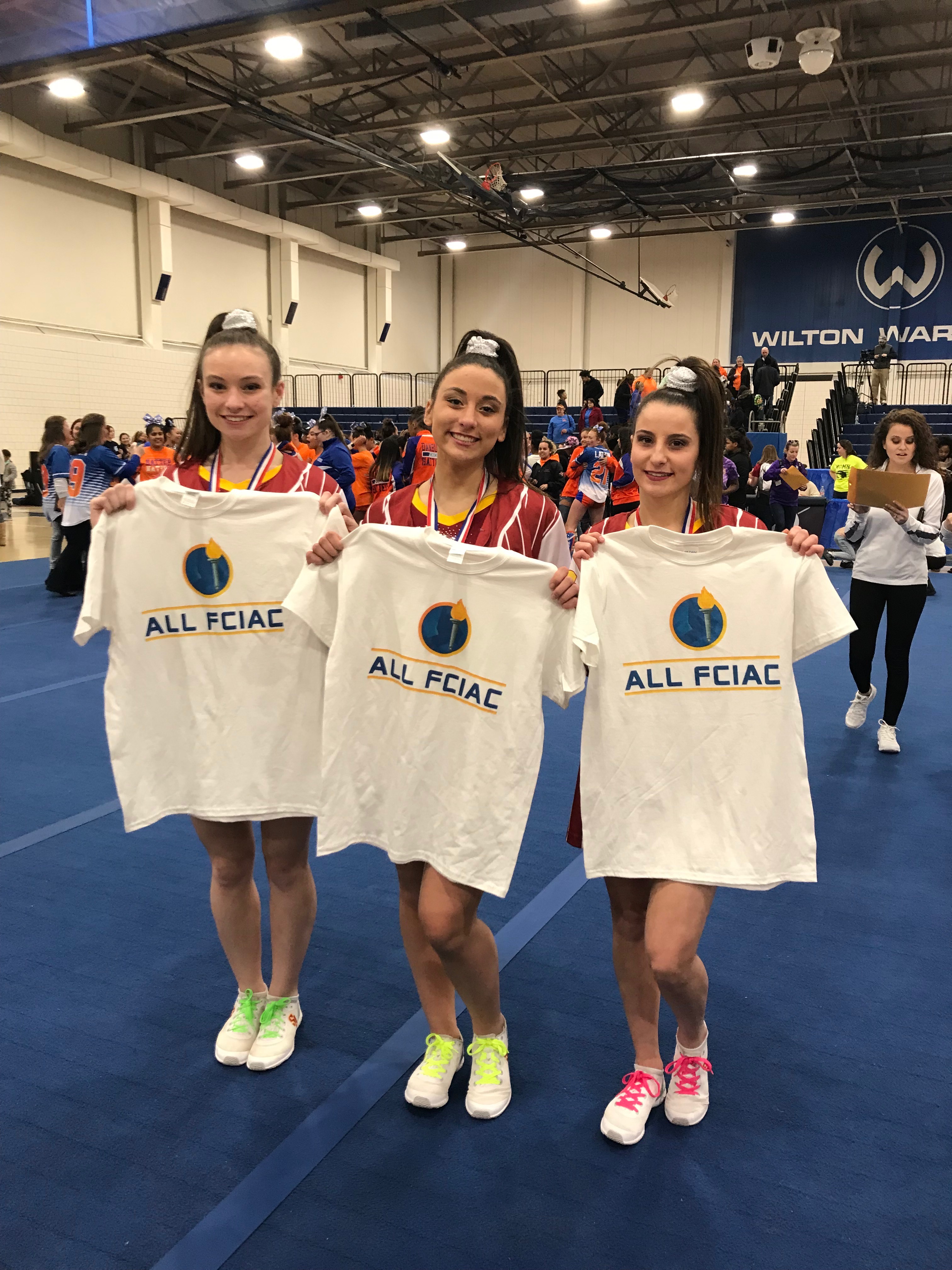 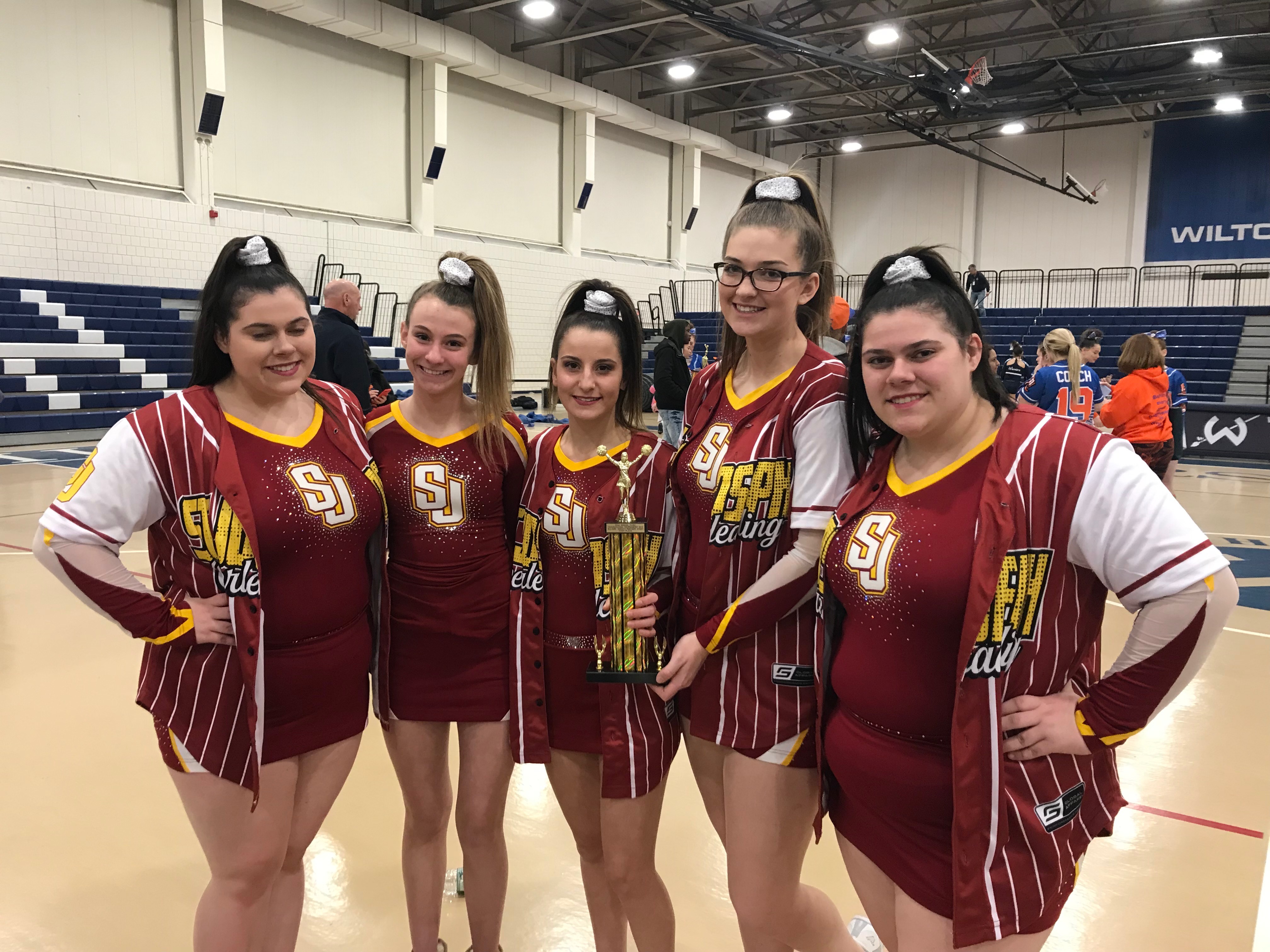 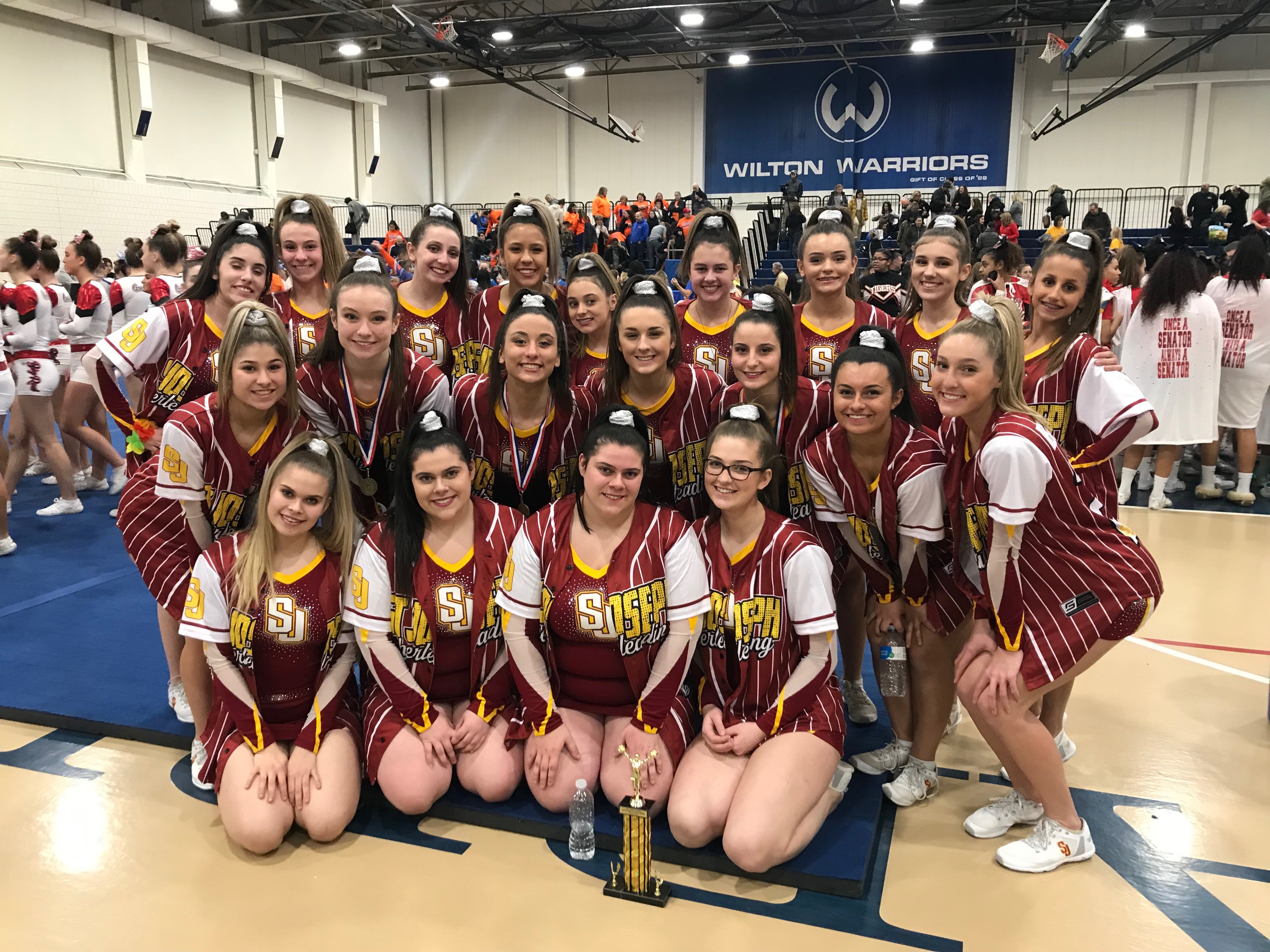 The Cadets placed third this weekend at the FCIAC Cheer Championships and shared the podium with Danbury and Staples who came in first and second place respectively. The SJ partner stunt group came in first place for their event and three Cadets (Molly Butler, Jenna D'Amico, and Giana Minerly) were named to the All-FCIAC team! 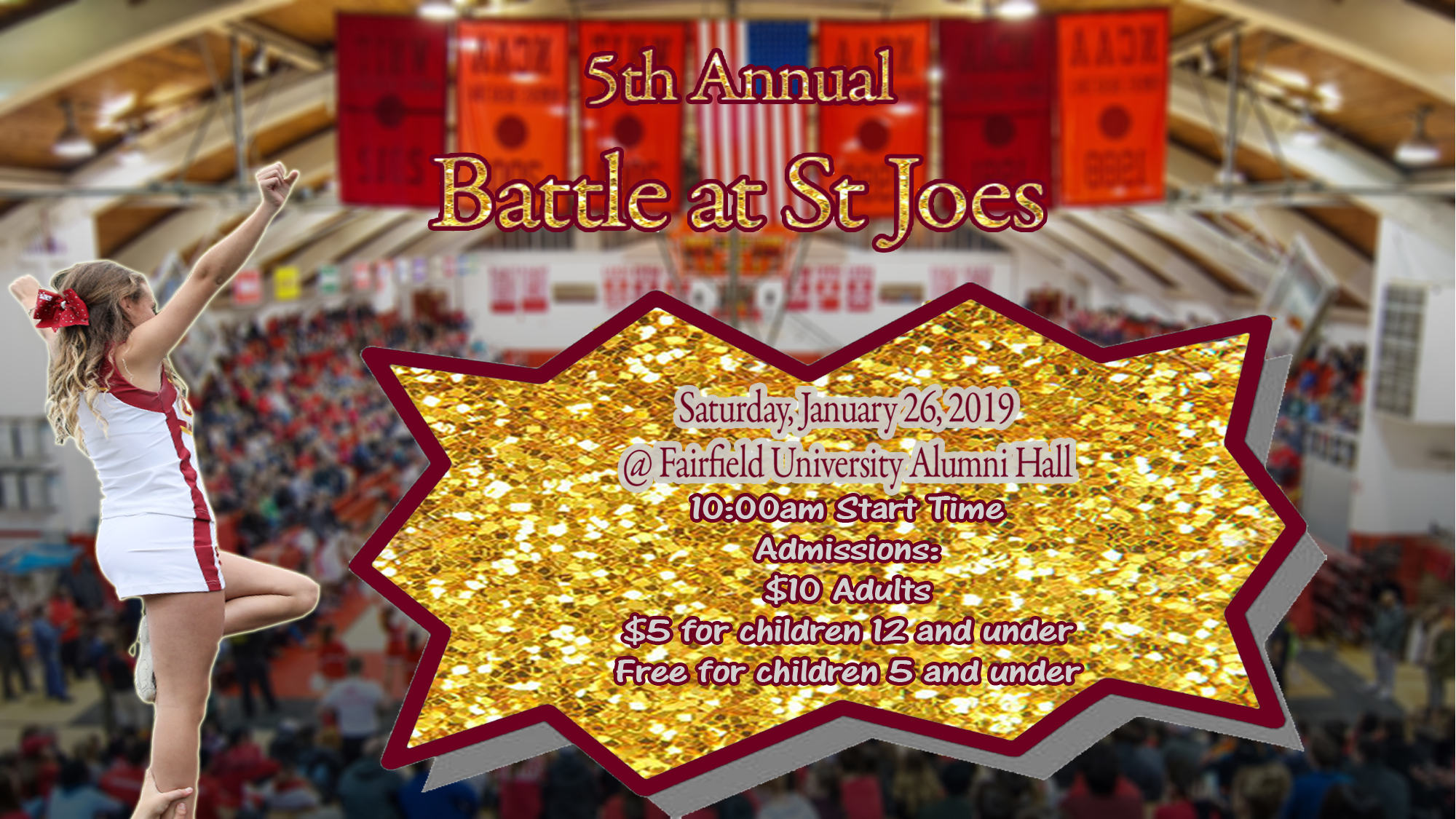 Tomorrow is the 5th Annual Battle at St Joes Cheer Competition! The event kicks off at 10:00am with over 25 team and individuals competing. Cost is $10 adults, $5 children 12-5 and Free for children 5 and under!

SJ Cheer has been getting into the Thanksgiving spirit with some community service! Last night, the Cadets decorated boxes for the VA to replace boxes that had been destroyed in a flood. These boxes will be placed outside of retails stores, grocery stores, etc to collect donations of basic necessities that will go to veterans. 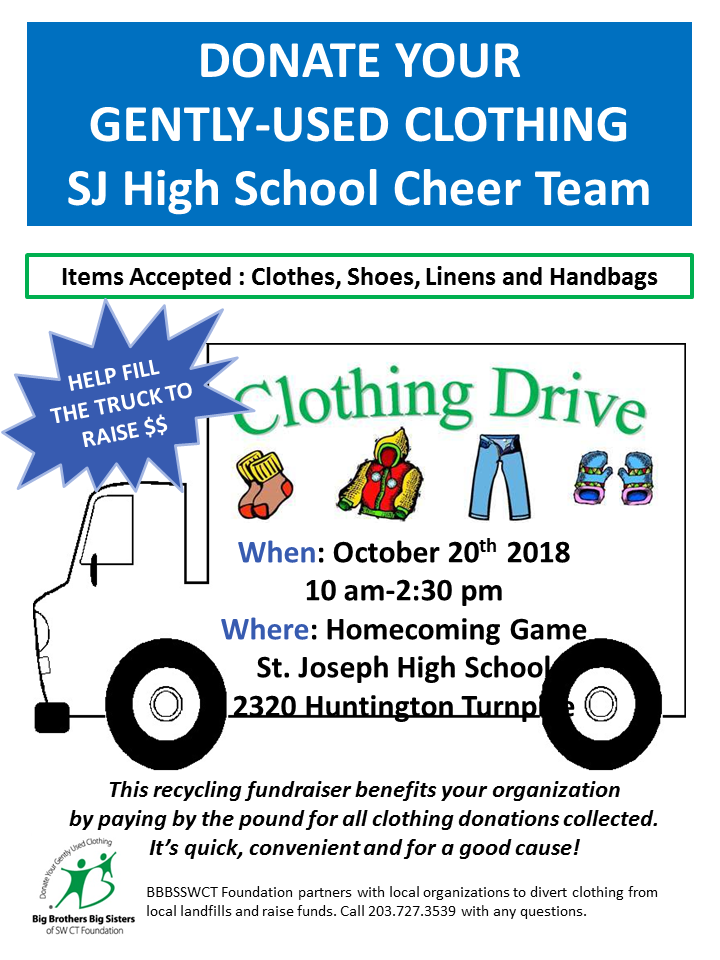 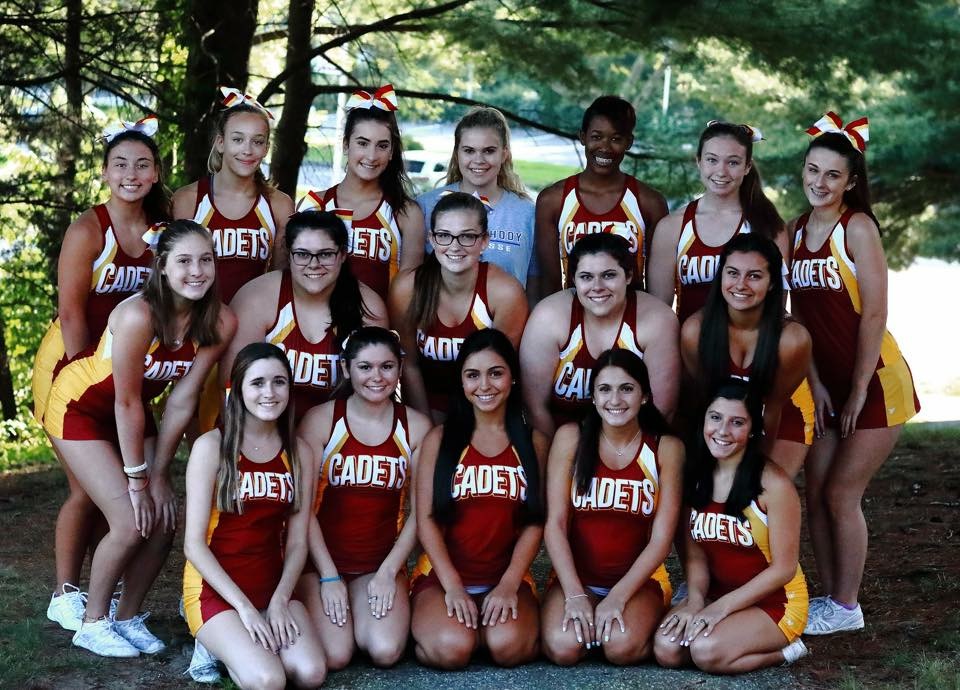 The varsity cheerleading squad has a long standing tradition of excellence in the state as they were awarded the Class M State Champions in 2014, 2015 and 2016 as well as the Class M State Runner-Up in 2013 and 2010. Additionally, they were awarded National Champions in the Super Large Varsity division at the 2015 Cheer Ltd. Canam Nationals. They also have been named FCIAC Grand Champions three times in 2000, 2008 and 2009.