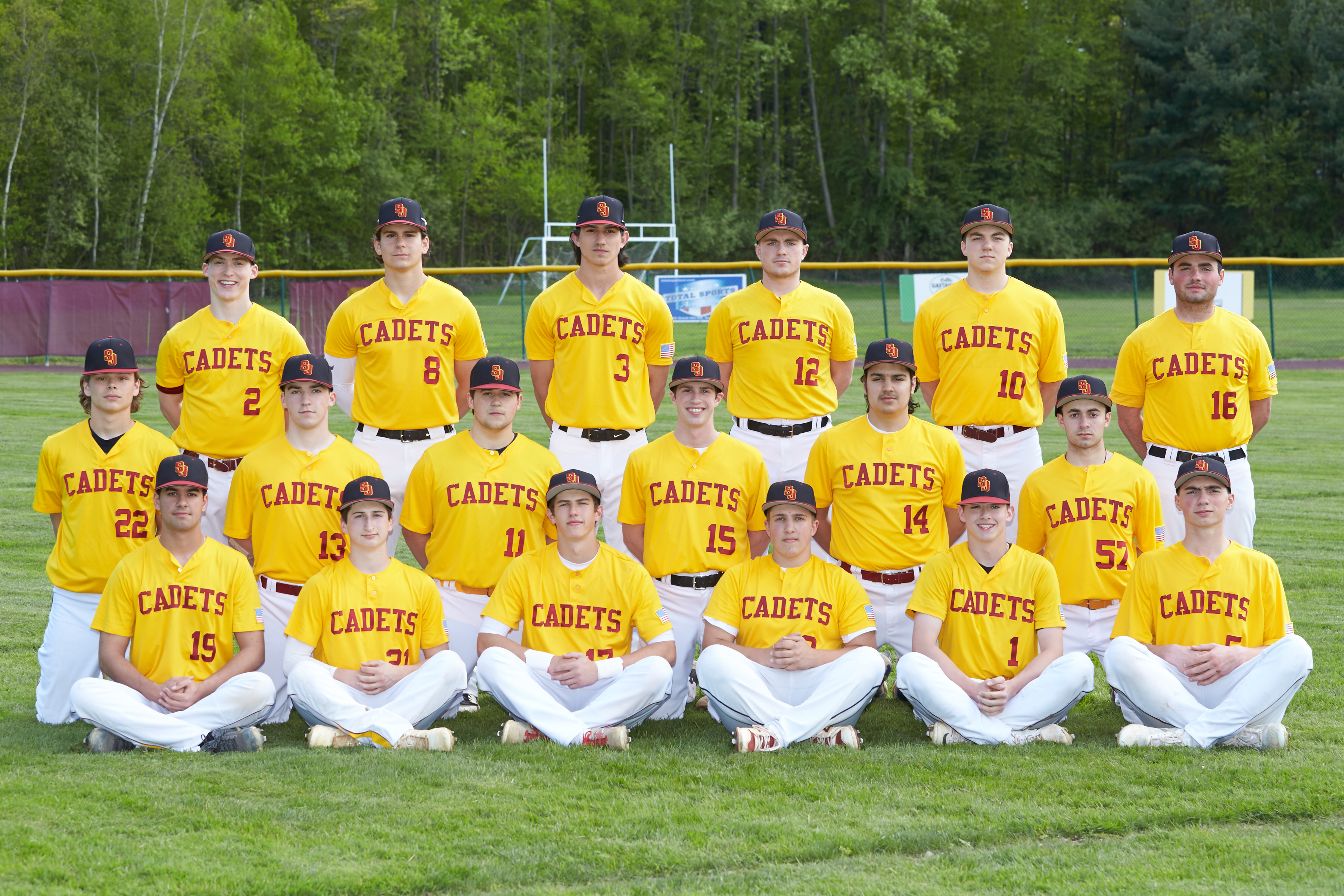 A tribute to the 2020 Senior Baseball Class!

Congratulations to the 2019 State Champions! Head Coach, Jim Chaves '98 enters his 9th season as head coach. Was a varsity assistant for 5 seasons prior. Captained the '98 FCIAC Champion Cadets. Played collegiately at the College of St Rose for the legendary Bob Bellizzi. Was part of 2000 St Rose team that went on to win the Northeast Region and advanced to the DII College World Series in AL.

During his tenure the Cadets have amassed a record of 151-73. They claimed the 2013 Class M state championship after a 28 year drought, then claiming the 2019 state championship for the school's 5th title in school history. Also, after failing to reach the state semi-finals since 1994 the Cadets have now reached the semis in 7 out of the last 8 seasons. St. Joseph has reached the FCIAC Playoffs in 7 of his 9 seasons. Chaves was named MSG Varsity Connecticut Coach of the year in 2013.

Since 2011, under Coach Chaves' watch, the Cadets have had 29 players move on to play on the collegiate level. Of those players, 2013 captain Matt Batten was selected in the 2017 MLB draft by the San Diego Padres, 2019 captain Stephen Paolini was selected in the 5th round of the 2019 MLB draft by the Atlanta Braves and 2011 captain, Tyler Matakevich, was drafted by the Pittsburgh Steelers in the 2016 NFL draft.

He also was Head Coach of the Trumbull American Legion program for 6 years (2007-2012). They made 6 consecutive Round of 16 appearances under his watch, as well as take home Four Zone 4 crowns.

Has been an assistant varsity football coach, currently serving as offensive coordinator, at St. Joseph for the past 17 years. Helping lead the Hogs on Huntington Turnpike to 6 state championships since 2009, where he has served under Head Coach Joe Della Vecchia.

Currently teaches in Bridgeport and lives with his wife, Christine, in Stratford.

Assistant Coach, Chris Bugyi enters his 9th season as varsity assistant. Spent 2 years prior at Foran High School in Milford as assistant varsity coach. Also, coached 2 years for the University of Bridgeport and 3 years as an assistant recruiting coordinator at Community College of Rhode Island.

Played Collegiately at CCRI. Has also spent the last 11 years as an assistant football coach at St Joes. In the years prior he assisted football at West Haven HS. Also served as Jim Chaves' assistant coach for 6 years for the Trumbull American Legion program. He is presently the head coach of the Milford American Legion program. Currently works in East Haven and resides in Trumbull.