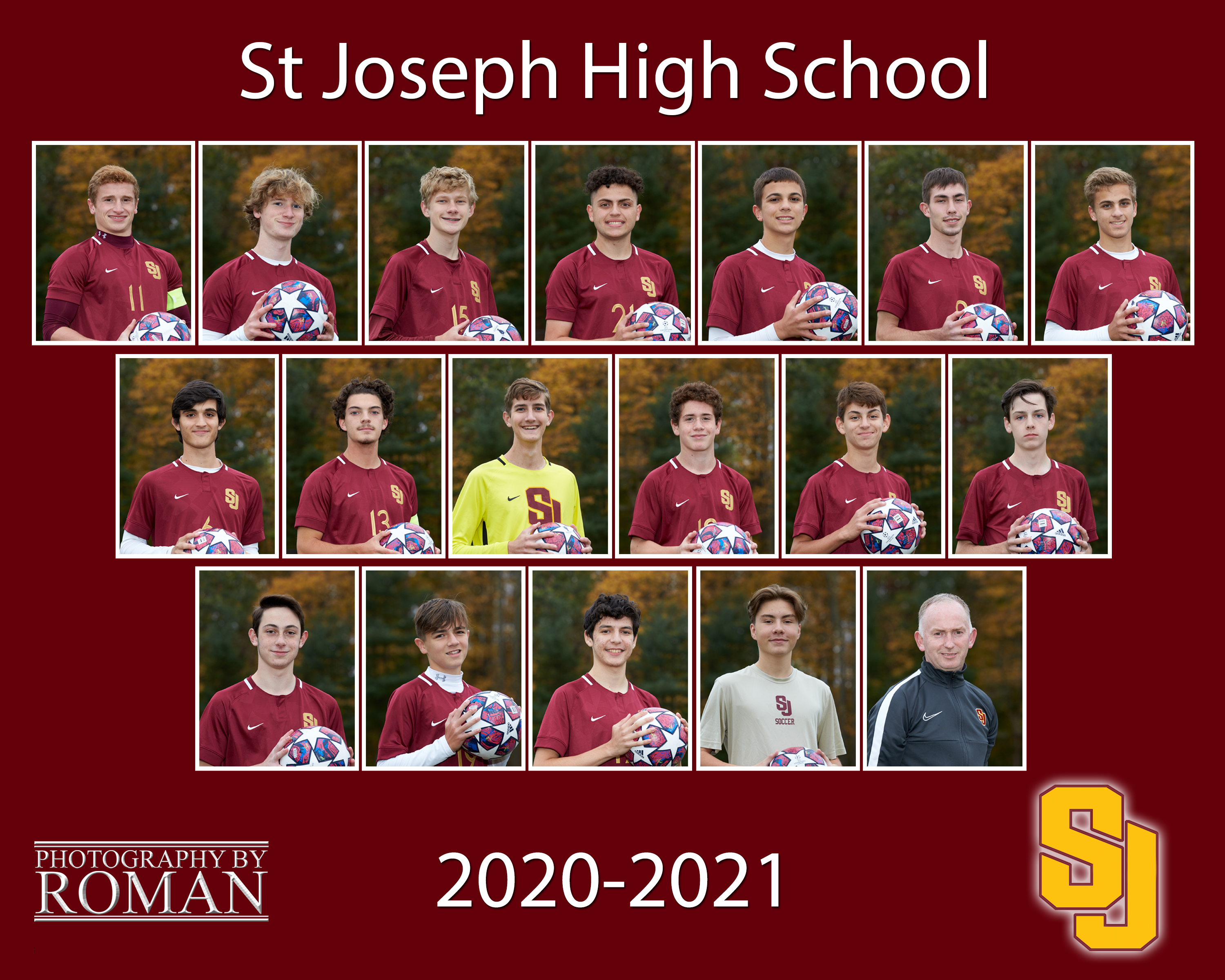 The team was crowned ACC Co-champions in 1988 and in 2007 qualified for the FCIAC playoffs for the first time.

For the year-by-year results of SJ soccer, click here.

GameTime CT announced the recipients for the 2020 All-State Boys Soccer Team. Senior Captain Manny Santos has been listed on the All-State Honorable Mention. Manny was a integral part during the teams playoff run to the FCIAC East Region Semifinal.Click here to see the full list of recipients. 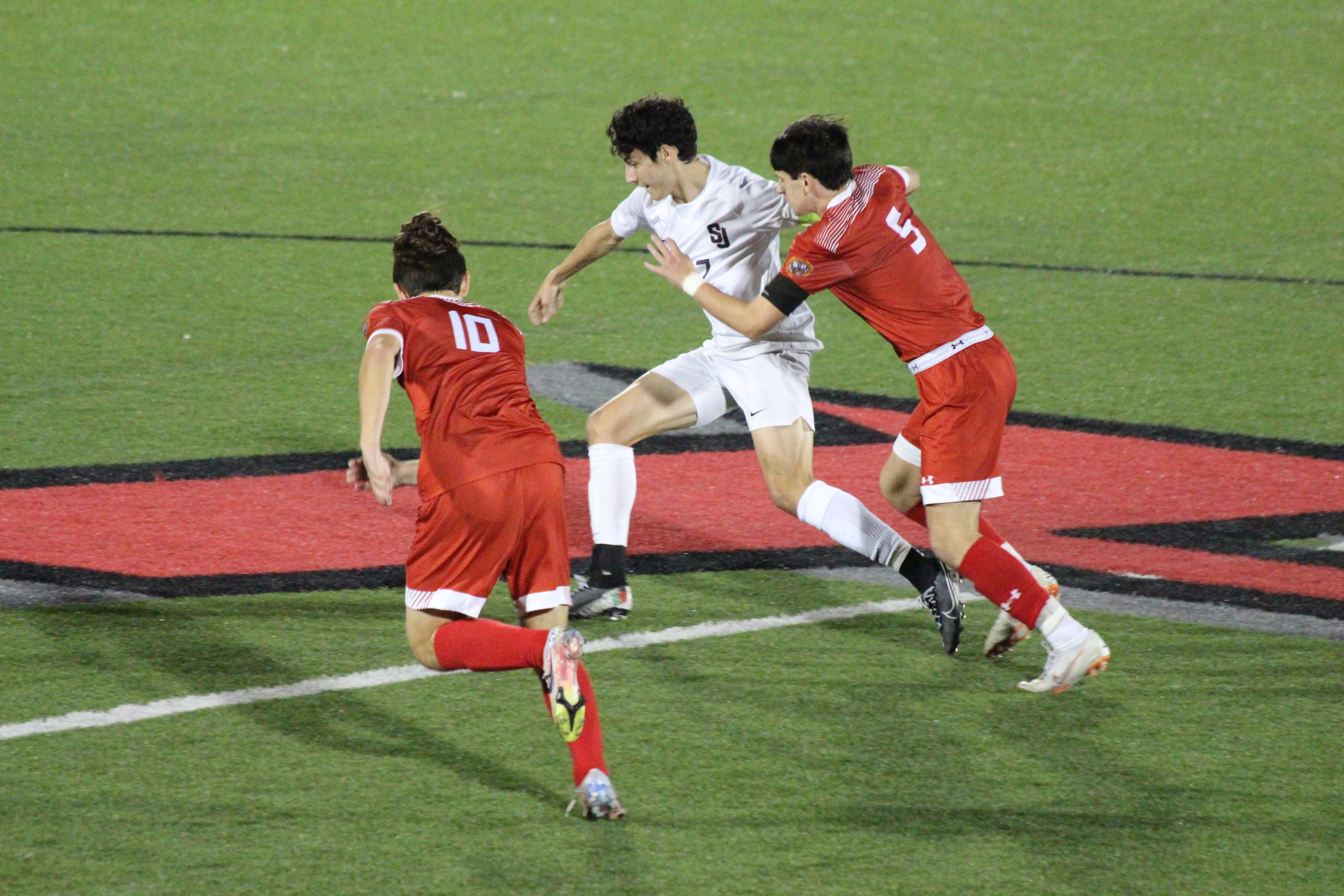 The Cadets defeated Trumbull 1-0 in the first round of the FCIAC East Regional Playoffs! The lone goal of the game came from Senior Forward, Manny Santos in the 23rd minute, while Senior Goalie, Cam Reichenback was player of the game getting stop after stop! The Cadets will move onto the semis to play Fairfield Prep on Friday! Click here to read more about their exciting win! 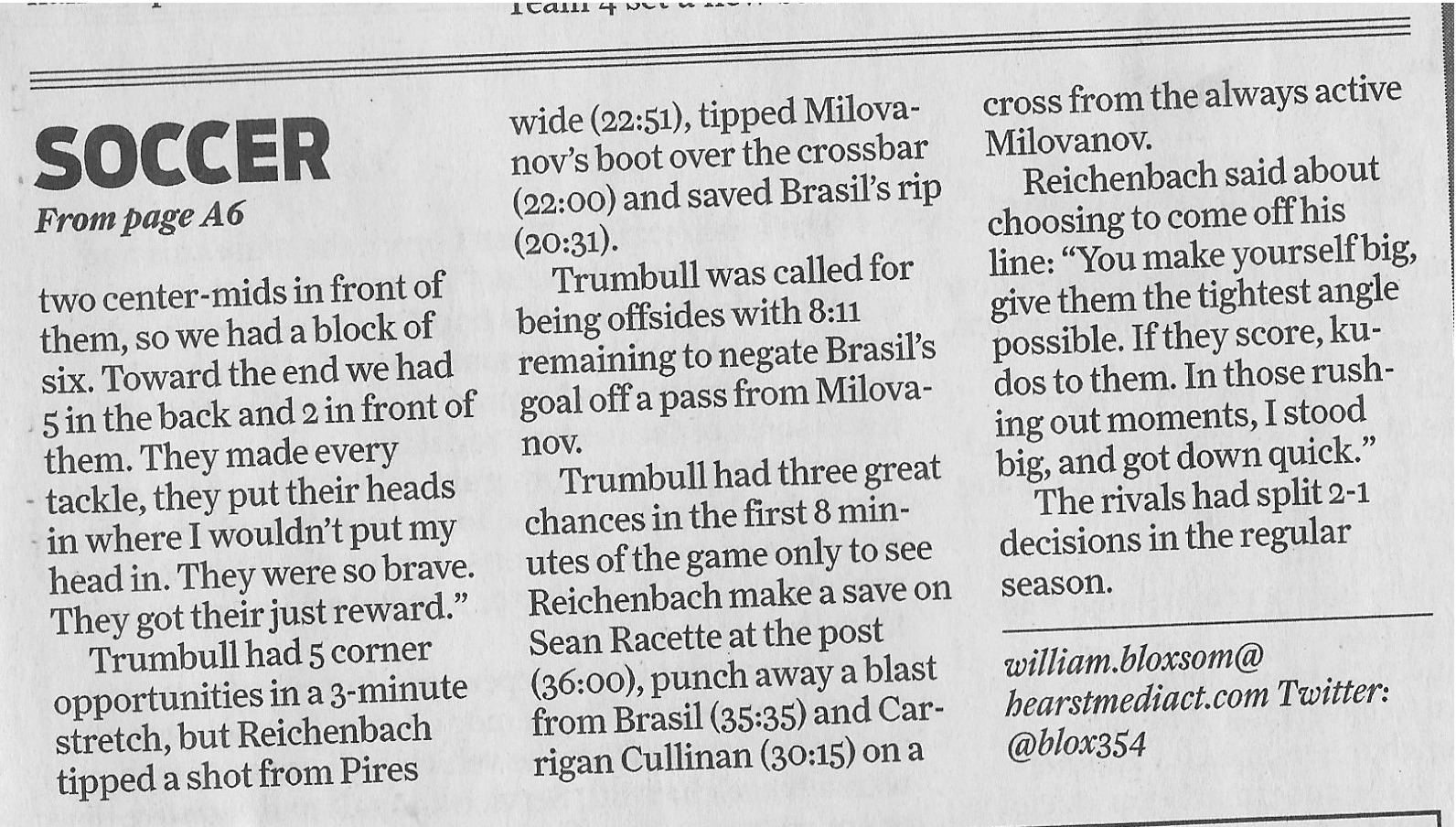 That's back to back wins for the Cadets as they took down Fairfield Warde last night 1-0. Jack Attanasio connected with Rob Lewicki on a free kick for the lone goal of the game. See the video below!

St. Joseph scored a pair of goals in the final 9 minutes on Monday to defeat Trumbull 2-1. Robert Lewicki scored in the 71st minute and Manny Santos with 5 minutes remaining to lift the Cadets (1-1) to victory. The Cadets avenged their 1-2 loss against Trumbull on Friday 10/2! Click here to read more about last night's game! 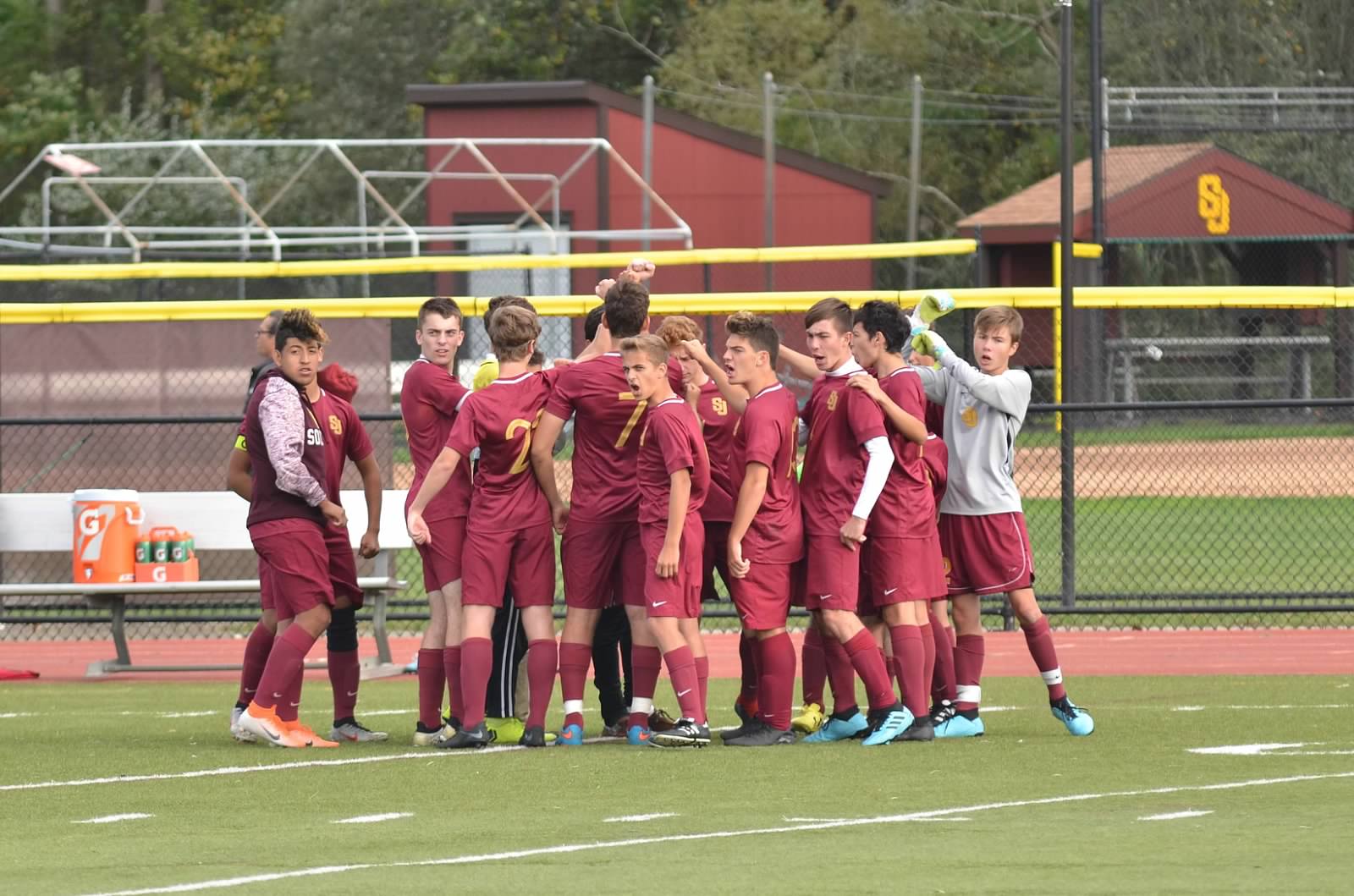 That was the call to arms from both St. Joseph coach Thomas Connolly and Trumbull mentor Sil Vitiello when the FCIAC and town rivals played to a 0-0 draw at the Dalling Sports Complex on Saturday afternoon. Click here to read more about their game against Trumbull! 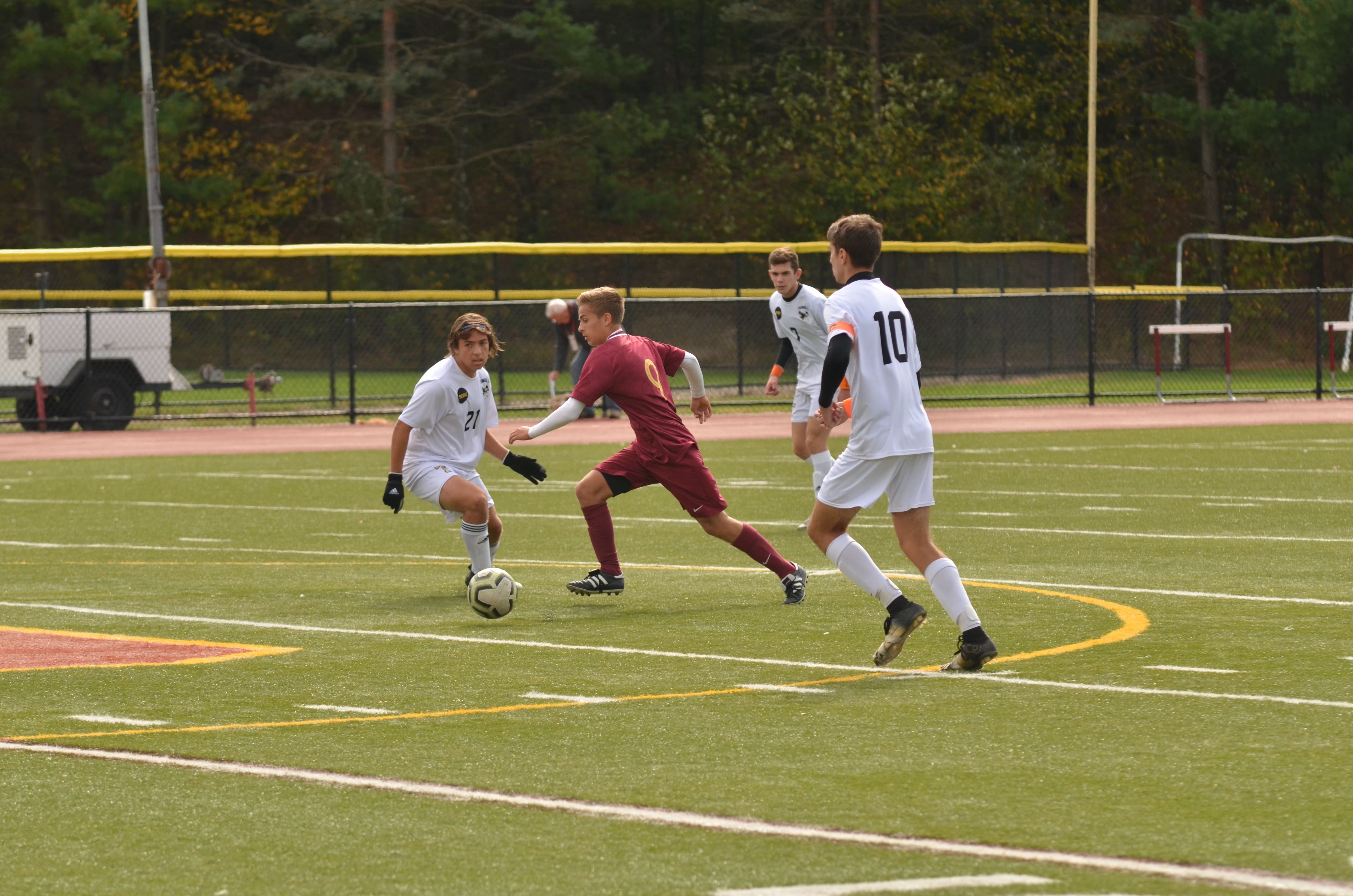 The Cadets notched their first win of the season tonight against Trinity Catholic! Three different Cadets scored in the 3-2 victory - seniors Christian Cinque and Carlos Barrera and freshmen Jake Pacacha! Below is the video of Jake's career goal as a Cadet!

Boys Soccer is back in action on Wednesday 4pm at home against Bridgeport Central! 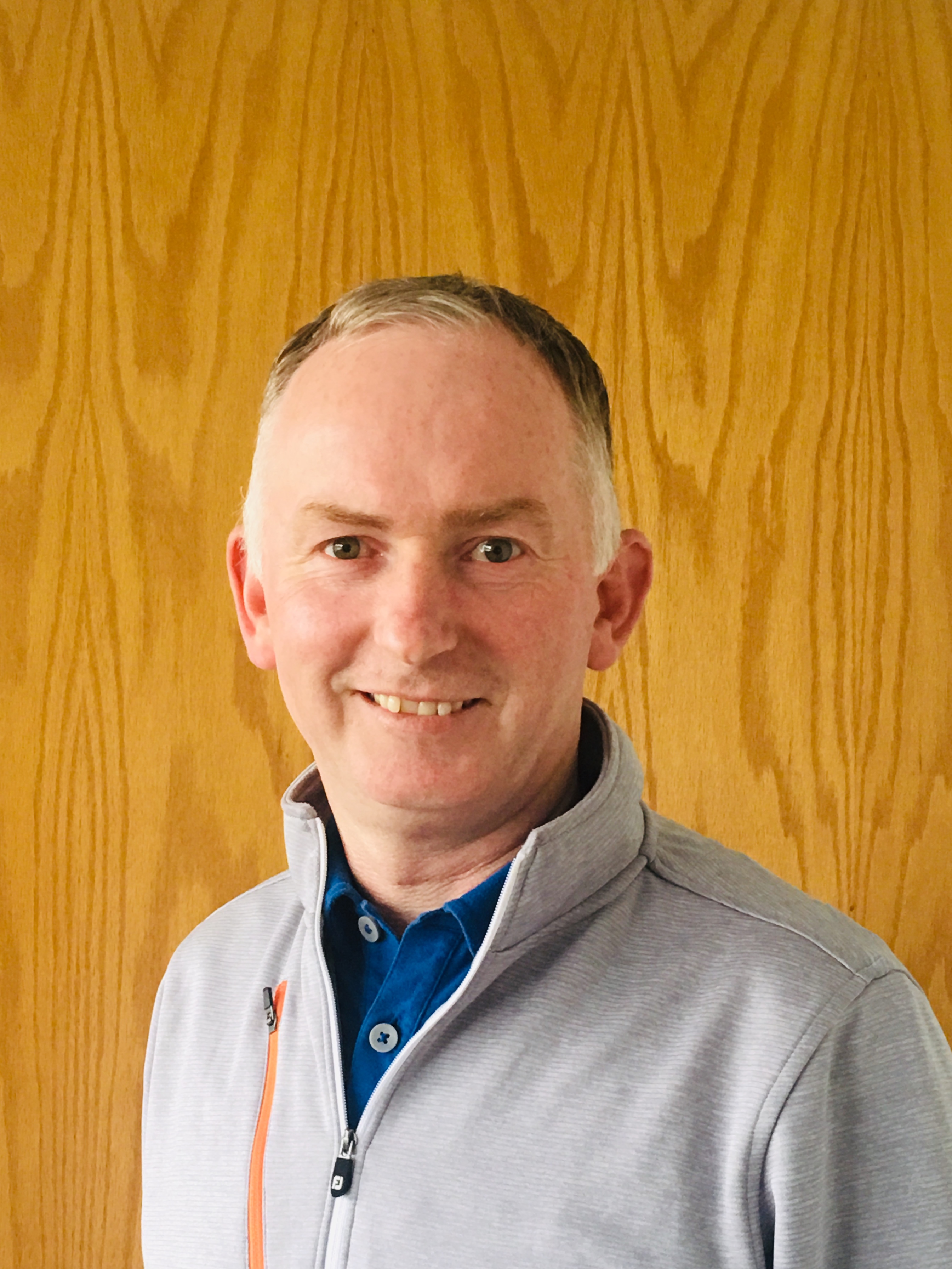 SJ Athletics is excited to announce the appointment of Thomas Connolly as the Head Varsity Boys Soccer Coach! Thomas has been working with Everton America (Norwalk) and Soccer Extreme (Wilton) for 5 years but has been involved with soccer since boyhood. He currently coaches 2001 boys with Everton America and 2004/5 girls with Wilton Soccer Association. He played for several successful clubs in Ireland winning both leagues and cups multiple times. Thomas has coached with the Wilton Soccer Association, Wilton High School (boys and girls Varsity) and was the head coach of Classical Magnet School Girls Varsity in 2014-2015. Thomas has been coaching 12 years. He has USSF. F, E and National D License, FAI (Ireland ) Kick-Start 1 and 2. And CJSA Technical training certificate. 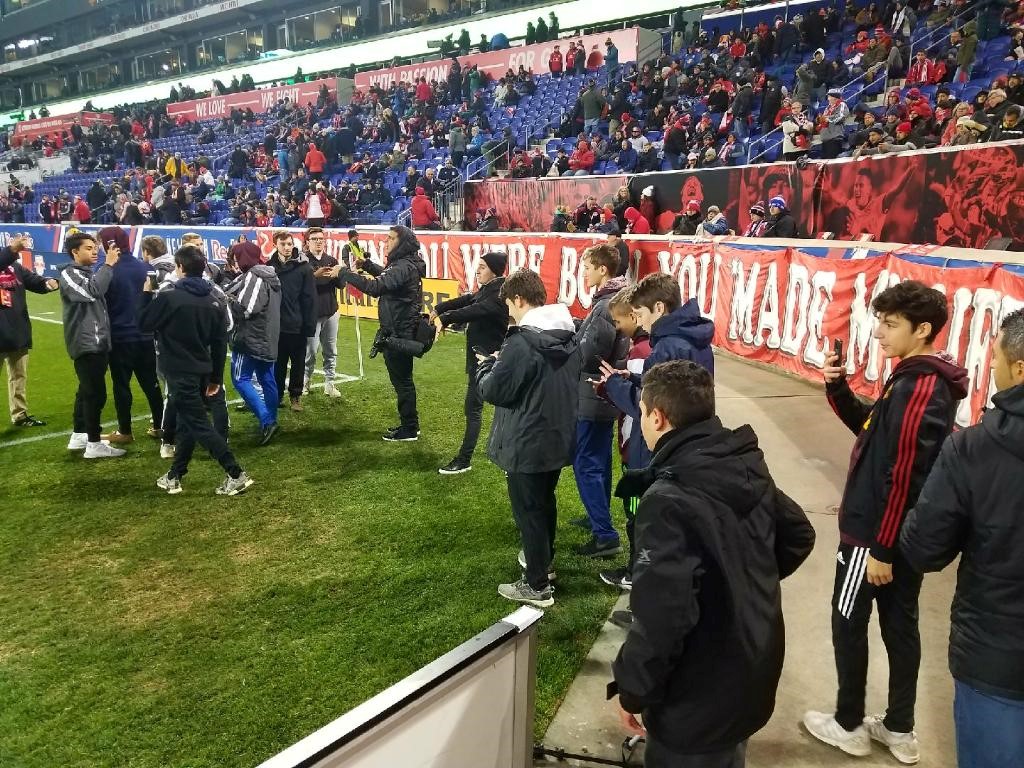 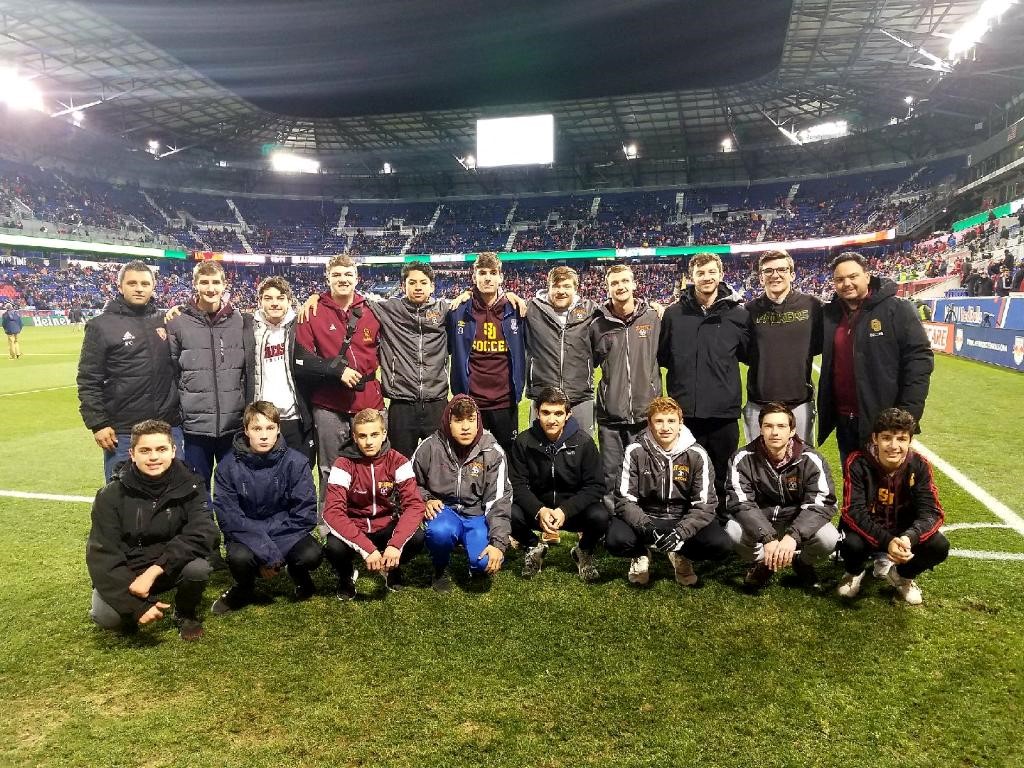 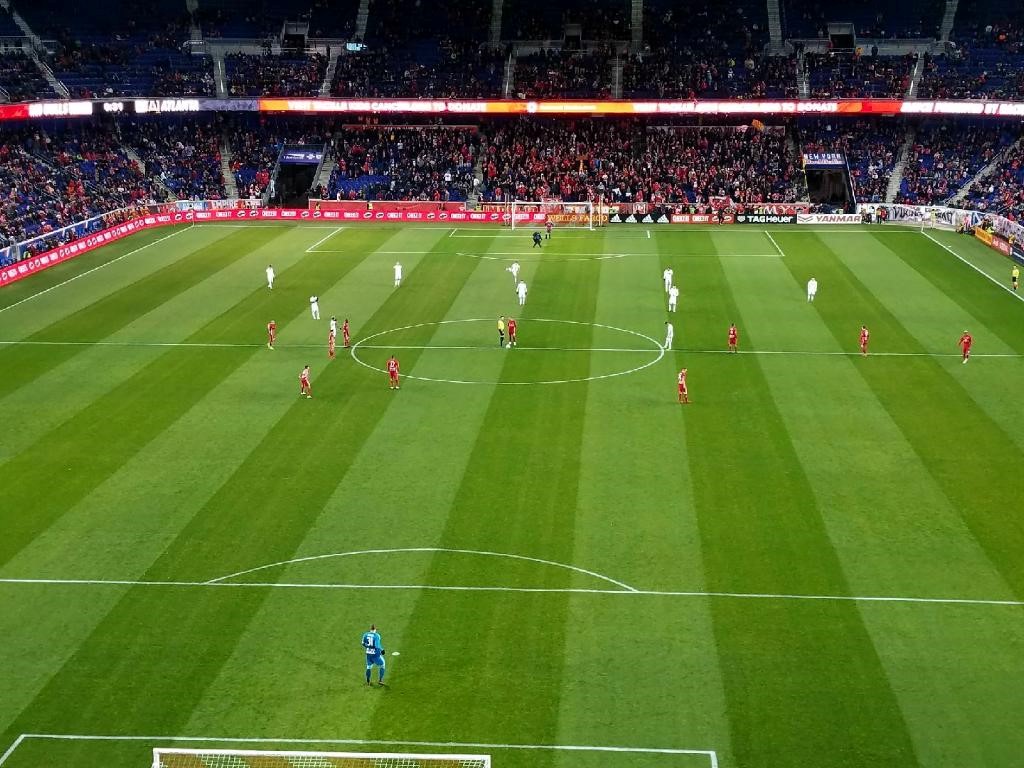 At half-time, Coach Carlos surprised the boys with an on-field experience and professional photo. They were all very excited and amazed as they walked out to the field.

Coach Carlos writes: "It's not just about playing but watching it on TV and attending a live match when possible. The goal is to get the player to feel the passion and begin to love the beautiful sport for all it is. Some of our players had never been to a professional soccer match so it was all new to them. It's always very gratifying seeing them enjoying the experience. Overall, it's always a great time and experience and by the end, we are making memories that will last a lifetime!" 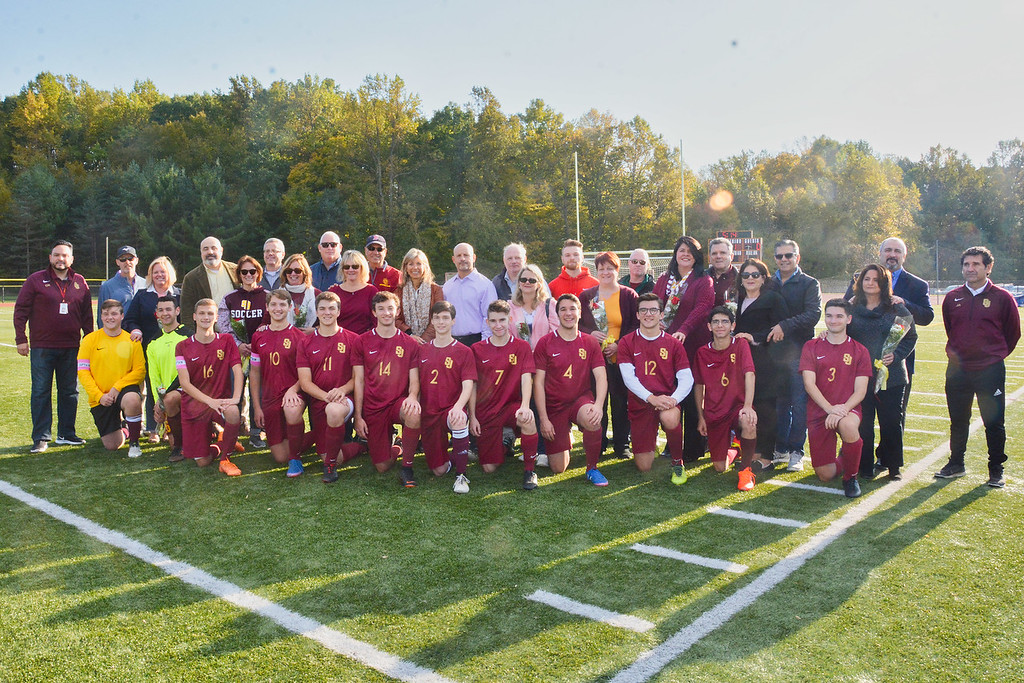 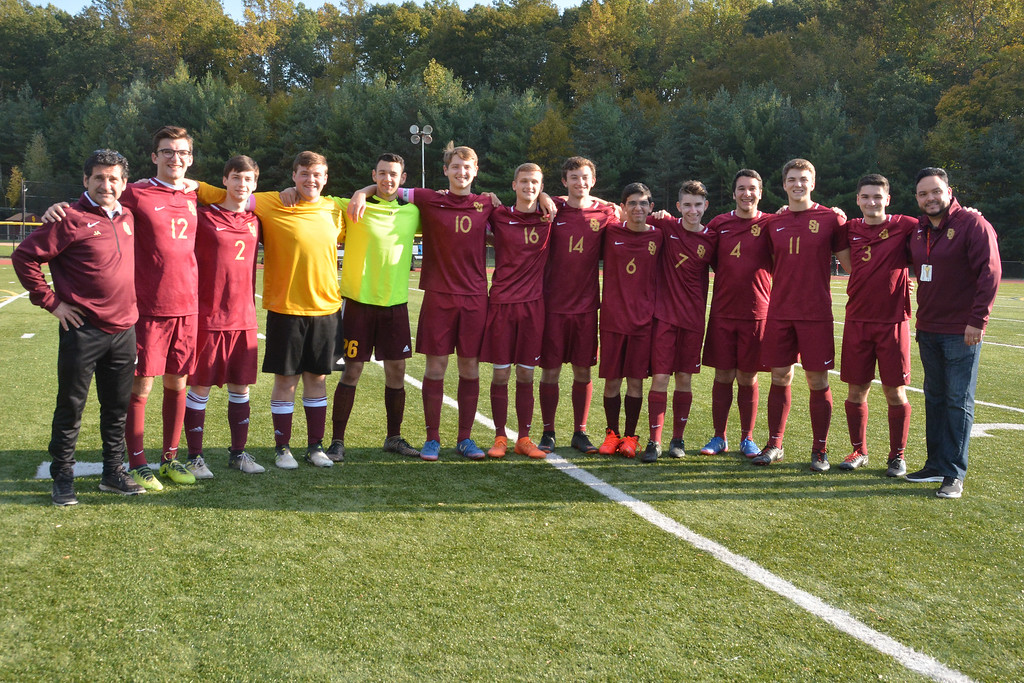 The Cadets finished up the regular season last night vs Staples HS. Overall this season, the boys compiled a record of 3-11-2. Prior to the match, the team honored their 12 seniors in a short ceremony. Click here to view more pictures of the senior night game!

The boys looking sharp in their Ruden Report Team of the Week shirts before their game vs Wilton! The Cadets went on to tie the Warriors 3-3 in a back and forth game. Christian Cinque, Robert Razzaia, and Sawyer Meehan all scored for the Cadets. 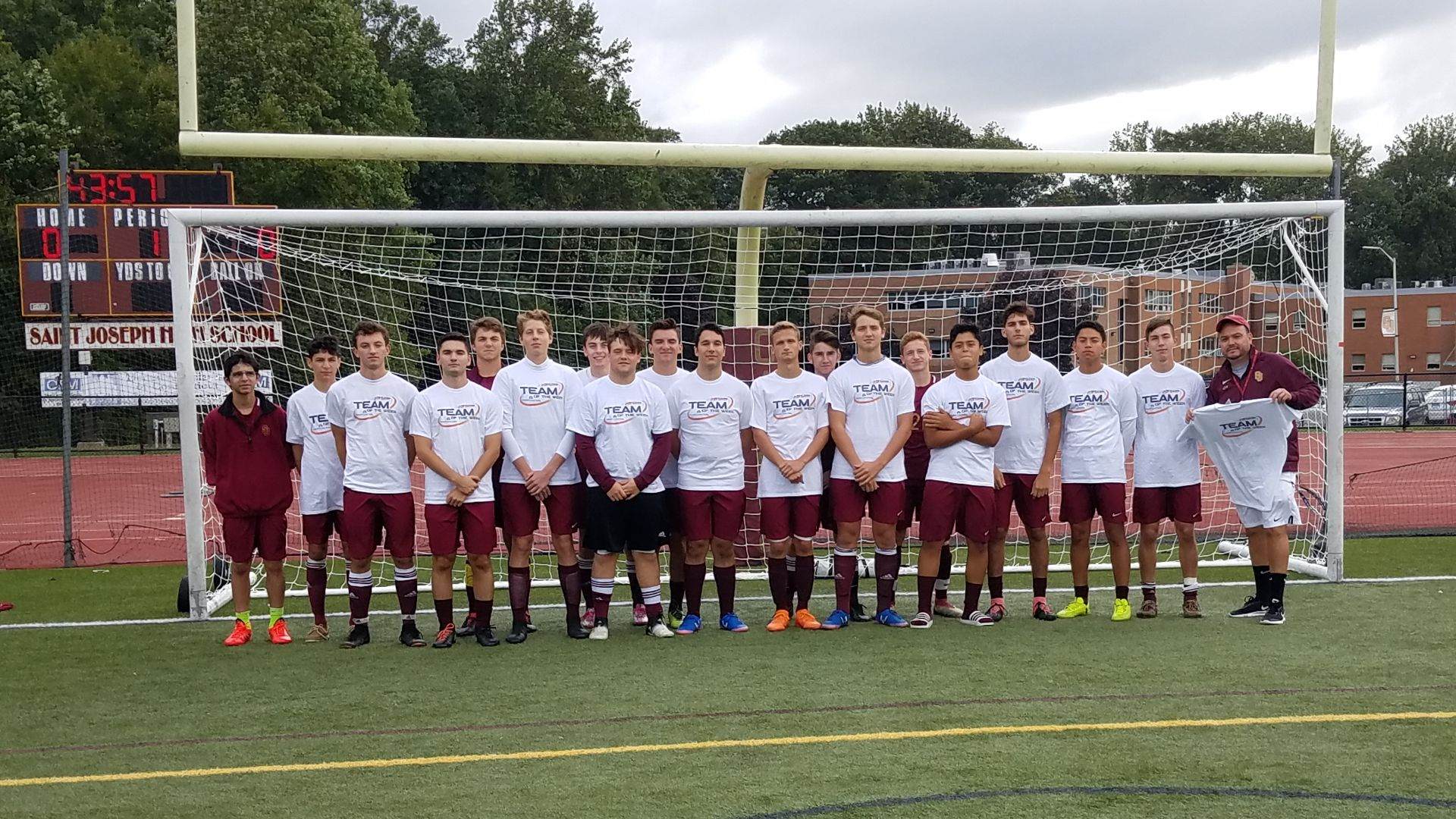 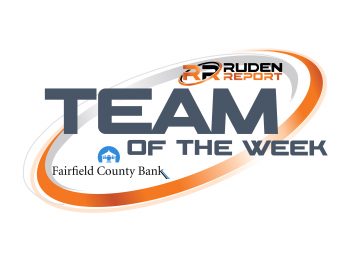 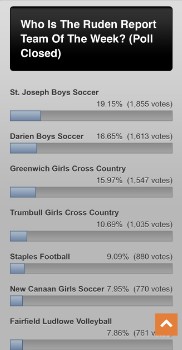 Well look who topped the polls Ruden Report Team of the Week!! 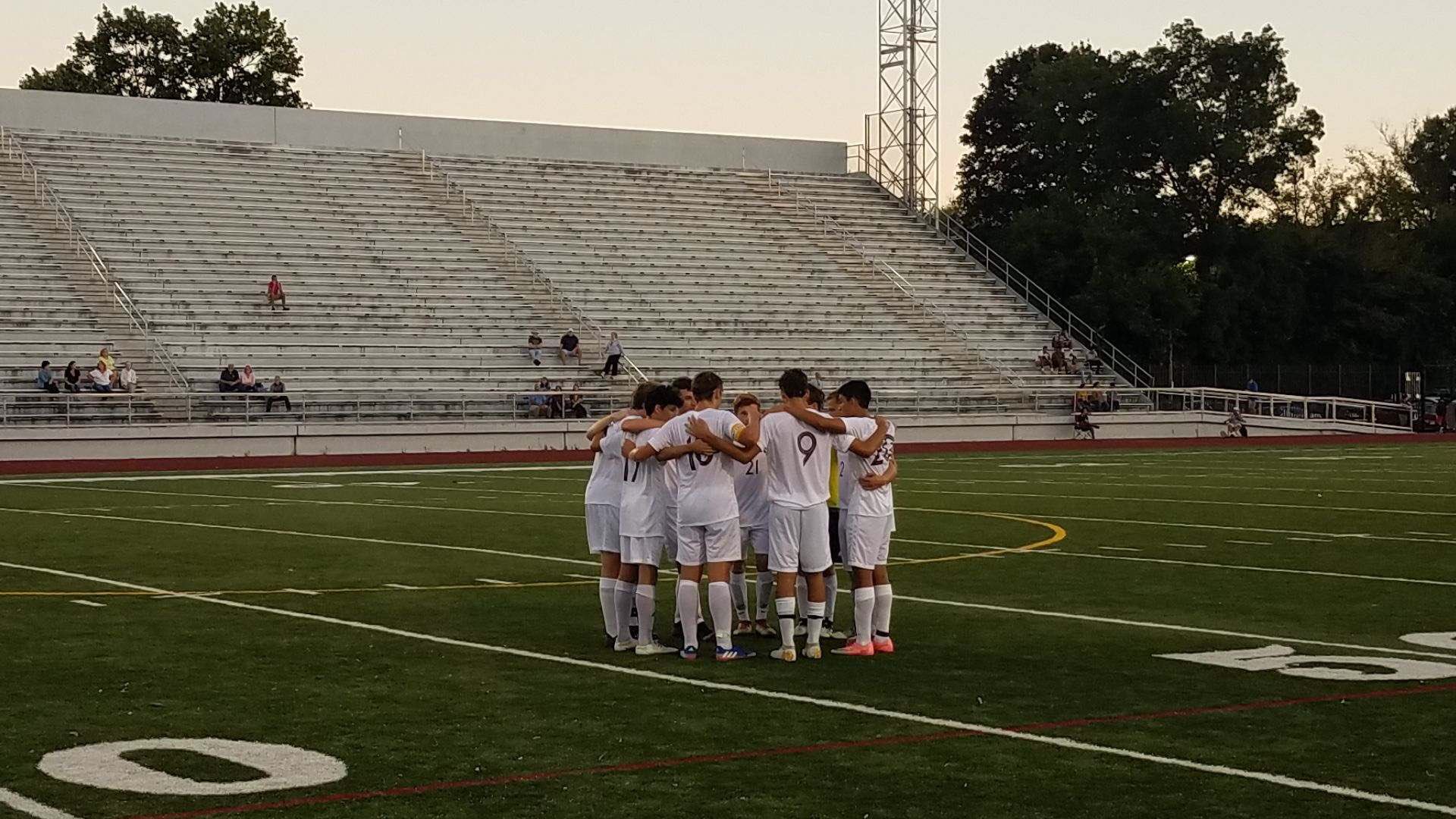 The Cadets earned their second straight win with a 4-3 victory over Bridgeport Central. This win brings the Cadets overall record to 2-1 to start the season.Click here to read more about their back to back wins! 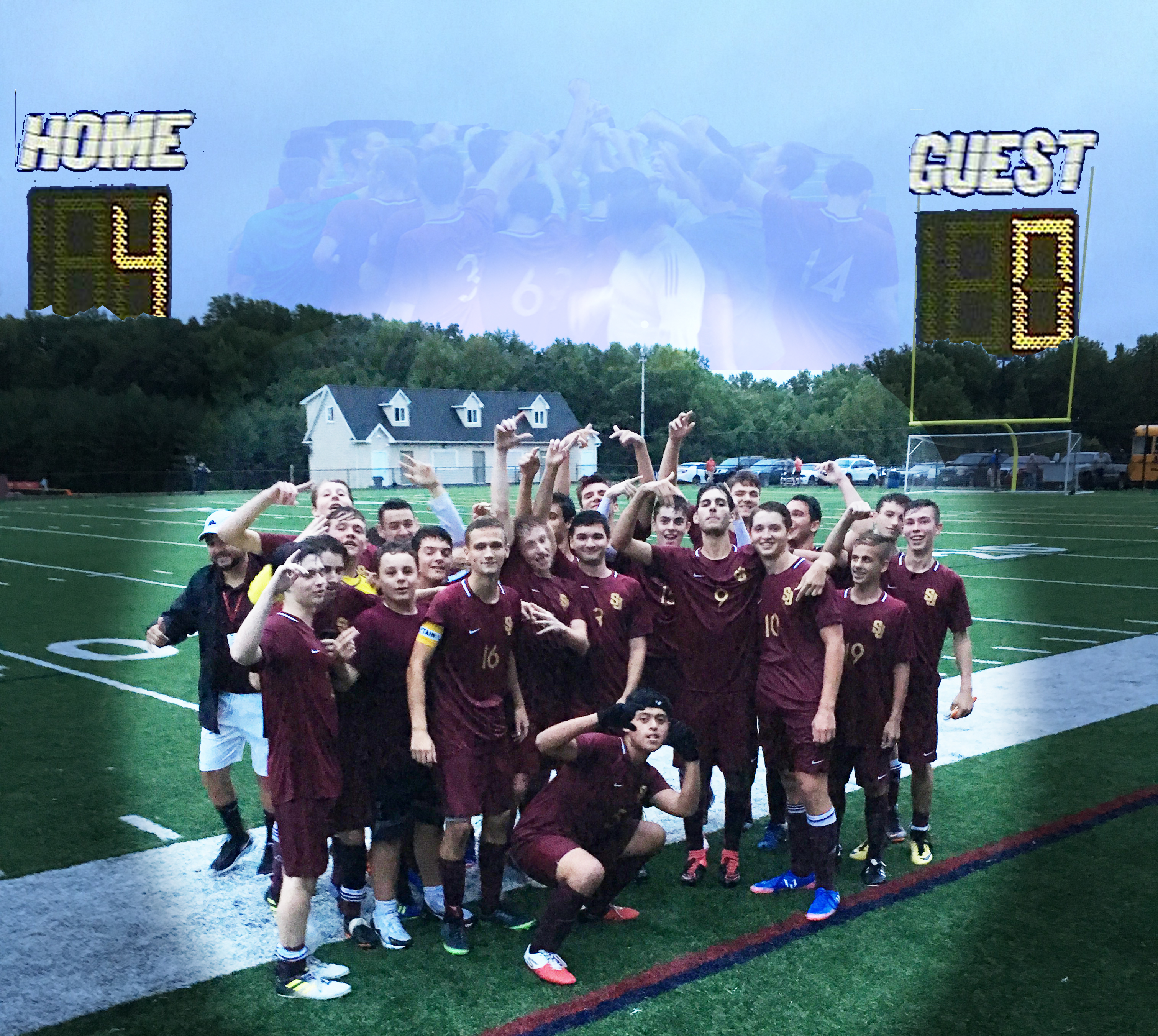